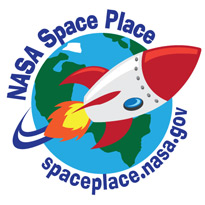 A lightning storm is one of the most dramatic shows of nature. You may feel like rushing outside to experience the blinding bolts, with the loud CRACKs and rumbles of surround-sound thunder following close behind.

Lightning is dangerous. Stay inside.

Each year there are around 25 million lightning flashes in the United States. That's a lot of chances to be a lightning victim. Although most people who are struck by lightning survive, many are badly injured, some permanently.

But what causes lightning? And how can we stay safe?

Lightning starts inside a storm cloud. Strong winds inside the cloud toss ice particles and water drops around like underwear in a clothes dryer. The ice and water particles rub together, which builds up static electricity. Sometimes the same thing happens to your underwear in the dryer! But in a cloud, it's on a humongous scale.

The strong static electrical charge that builds up in the cloud "wants" to discharge. So it seeks out something with the opposite kind of charge, which is usually another cloud. But often it is the ground. The charge-in the form of a lightning bolt-travels along the easiest route to the ground. That usually means the nearest, tallest, or most conductive object-such as a tree or a lightning rod. Don't let that lightning rod be you!

People have been struck by lightning while talking on a corded phone, while leaning on freezer in their garage, while working on plumbing in the house, while sailing, while camping, while playing golf (this one is a no-brainer!), and while doing any number of other activities outside. One poor park ranger just doing his job over the years was struck by lightning seven times!

Understanding how lightning behaves will help you keep safe before, during, and after a storm. If you cannot reach shelter inside, at least you will know, for example, not to stand under or near a tree or a metal pole or fence. Metal is a great conductor of electricity and invites lightning looking for a fast, easy way to the ground.