The Dayton Daily News, Springfield New-Sun and Journal-News ePaper’s are available to you and your students while away from school. You can continue to log in via your normal user name and password or use the username Guestlogin and password Ohio Newspapers here on this page.

In addition, the Dayton Daily News, Springfield New-Sun and Journal-News are making the ePaper available free to all during this crisis. Our print and digital newspaper will have dedicated education articles for teachers, parents and students to utilize during this time. You can log in directly without user name and password at DaytonDailyNews.com, SpringfieldNewsSun.com and or Journal-News.com home page until further notice.

Thank you for subscribing, reading and staying healthy.

Why educators use ePaper in the classroom

Please select the paper you wish to view from the drop down and use the following for access:
username: Guestlogin
password: Ohio Newspapers

ePaper is a great source for
Informational Text

This Week's lesson:
Joe the pigeon is spared the death sentence in Australia

Joe Biden and Kamala Harris become our nation's top two leaders at noon Wednesday, the final formality of last fall's election. The ceremony, which takes place Jan. 20 every four years on the U.S. Capitol steps, has a notably different tone this time...

Tap the wealth of information in your newspaper as a teaching tool: 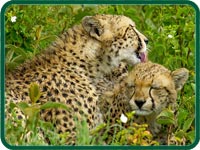 Inside the 'ghost kitchen' phenomenon

So-called "ghost kitchens" have seen a spike in popularity amid restrictions to indoor dining. A ghost kitchen is a delivery-only restaurant. Orders are made in one location and picked up by a delivery driver. The operations save money because there’...

This week's word in the news: INCITEMENT

The encouragement of another person to commit a crime.

FOUND IN THE NEWS:
Sources told ABC News that Trump watched the impeachment proceedings on television and grew angry as he witnessed former supporters, including House GOP leaders Liz Cheney and Kevin McCarthy, support the charge of “incitement of insurrection” or blame the president directly for the deadly riot at the U.S. Capitol on Jan. 6.
The Atlanta Journal Constitution -- 01/18/2021

How well do you keep up with the world around you? Take this week’s quiz to test your knowledge of recent national and world events.


Was a 2nd impeachment justified?

View this week in history